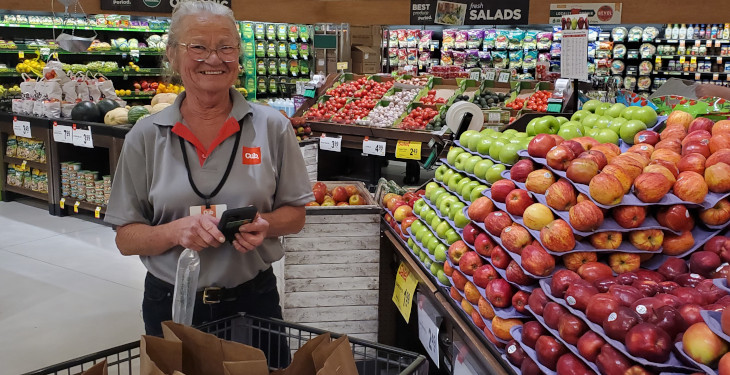 BROOKLYN CENTER, MN – Today, United Food and Commercial Workers (UFCW) 663, the union for over 13,200 frontline food and retail workers in Minnesota and Iowa, announced a new union contract agreement. The new UFCW Local 663 deal guarantees that union grocery workers will fulfill Instacart orders at Jerry’s Foods, a grocery operator of Cub Foods, when a customer selects “pickup” in the app for their order at that store. This agreement applies to 14 stores in Minneapolis, Richfield, Bloomington, and across the western Twin Cities suburbs.

“Grocery store workers continue to be on the frontlines of this pandemic and putting their health at risk to serve their communities. As the world has shifted to new realities, UFCW Local 663 members continue to be the backbone of essential foods and services our communities cannot live without having.

“It’s straightforward for UFCW Local 663 members to do the work inside of the store for online shopping and pickup. All our union members have guaranteed wages, minimum hours, benefits, and workplace protections because we fought for them collectively.

“It is fantastic that this new agreement establishes that only workers with these safeguards will be doing the online shopping work for supermarket pickup moving forward.”

Blanche Gulley, who has 17 years of experience in the grocery industry and whose current job duties include online shopping for pickup orders at Cub Foods in Chaska, MN, said:

“I’ve been doing online shopping since COVID hit last year. It’s important that this work is done by unionized workers because we are in the grocery industry and are the experts in customer service. I expect online shopping to continue to grow, even though COVID might be on the decline. It’s convenient for the customer, and it’s convenient for us because we are in the store to do the work.”

The UFCW Local 663 Minnesota union grocery agreement follows the victory of Instacart workers that unionized with UFCW in the Chicago area last year; the union’s work as a leading voice calling out gig economy company efforts to automate grocery worker jobs and in the push to protect good-paying union jobs, and the union applauding recent Biden Administration action to address the predatory gig economy model hurting so many workers.

Before this agreement, in-store shopping was contracted out to non-union E-commerce workers with Instacart. Now, unionized workers are fulfilling the Instacart online grocery orders when in-store pickup is selected by the customer. These unionized workers will also have access to union benefits like wage rates, minimum hours, paid time off, and other benefits. In addition, some of the former Instacart workers accepted union positions and are now members of UFCW Local 663.

This success is also on the heels of other agreements that UFCW Local 663 and its members have secured, including:

UFCW Local 663 represents more than 13,200 hard-working retail, meatpacking and processing, food preparation and manufacturing, healthcare, and other workers in Minnesota and Iowa. It is the largest UFCW Local in the Midwest. We strive to improve the lives of our members and all working families by fighting for economic, political, and social justice in our workplaces and communities. UFCW Local 663 is part of the 1.3 million-member United Food and Commercial Workers International Union.