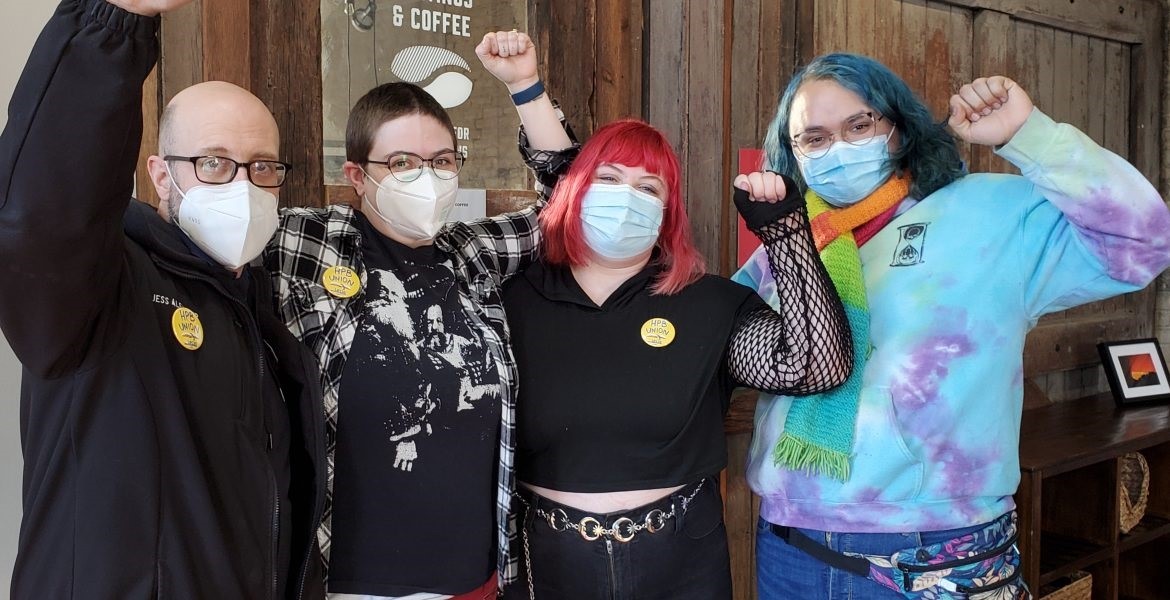 Retail workers have experienced a historic disruption to their lives and their jobs over the last 2 years of the COVID-19 pandemic. At Half Price Books, most workers were completely out of work when all the stores closed at the beginning of the pandemic. With short notice and little communication, everyone lost their livelihood. For several weeks, workers received limited and inconsistent communication about if and when they would be coming back to work or if they were laid off permanently. When stores finally reopened, only about half the people returned and they found themselves in the middle of a major disruption. Being short staffed and overworked, in close contact with the public during a global pandemic and with inadequate support from the company, workers were forced to act. Workers organized to talk with management about what improvements they needed. But after many attempts, including letters and petitions circulated at several stores, booksellers at Half Price Books realized they needed something more: they needed to unionize to have the power to actually deal with their employer as equals.

Workers at the Northtown Half Price Books in Coon Rapids issued this group statement: “For us at Northtown, a vote for the union is a vote for securing our agency and voice as workers. We look forward to negotiating a contract that will make this an even better and more democratic place to work for current and future employees, to the benefit of both – those of us at the store and the company as a whole.”

“We’re happy we organized a union so we can have protection of our jobs, benefits and equal treatment for all in our workplace. Now we will have a voice at work and a seat at the table when it comes to making decisions that directly affect us and our wellbeing. We’re so excited to be part of this labor movement happening right now with booksellers and other members of the working class across the country,” said Kristin Tamayo, a bookseller at St. Louis Park Half Price Books.

Now that workers at these four stores are officially unionized, they are preparing to bargain their first contract by completing bargaining surveys and discussing their priorities with each other. And with the recent surge in Covid-19 cases in Minnesota, they are also requesting an urgent meeting with management to discuss Covid-19 policies.