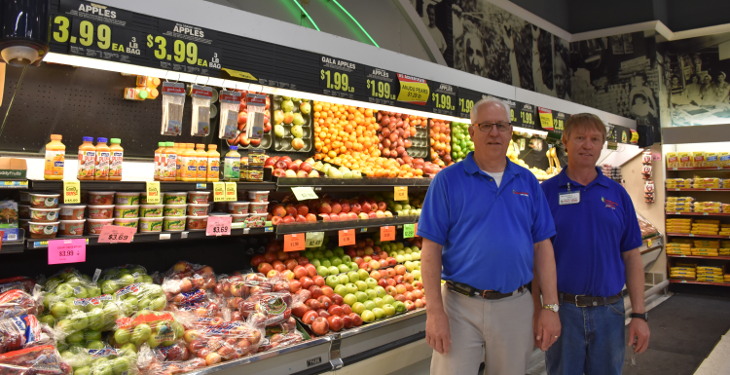 UFCW Local 663 has a long history with Cooper’s. In fact, we’ve been working together for over 40 years.

Chris Peebles, a Local 663 member, has been with Cooper’s since 1985. He’s been in the grocery industry since 1966. When he had the opportunity to go from his non-union part-time job where he peddled bicycles around town, he jumped at the chance, “It was a no brainer. A full-time job with good wages and benefits could support my family.”

Local 663 member Rachel Sieberg has been working at Cooper’s since she was 18 years old, ”And when customers know your name, and you know their name, I just think it’s the way it should be.”

Recently, Cooper’s County Market was featured on Twin Cities’ Live, a local television show in a spot called “Good Company.” We hope you will take a few minutes to watch the history unfold on how our members and Cooper’s have worked together over the years to provide excellent customer service to our community members.
Click the link to watch: http://twincitieslive.com/article/stories/s4917871.shtml

When you support your independent union grocery shops, you support the union difference. We have non-union competition that has forced many independent grocers out of several towns. Together, our large and small union grocers provide thousands of good jobs with secured wages, raises, and benefits that help families and communities thrive.