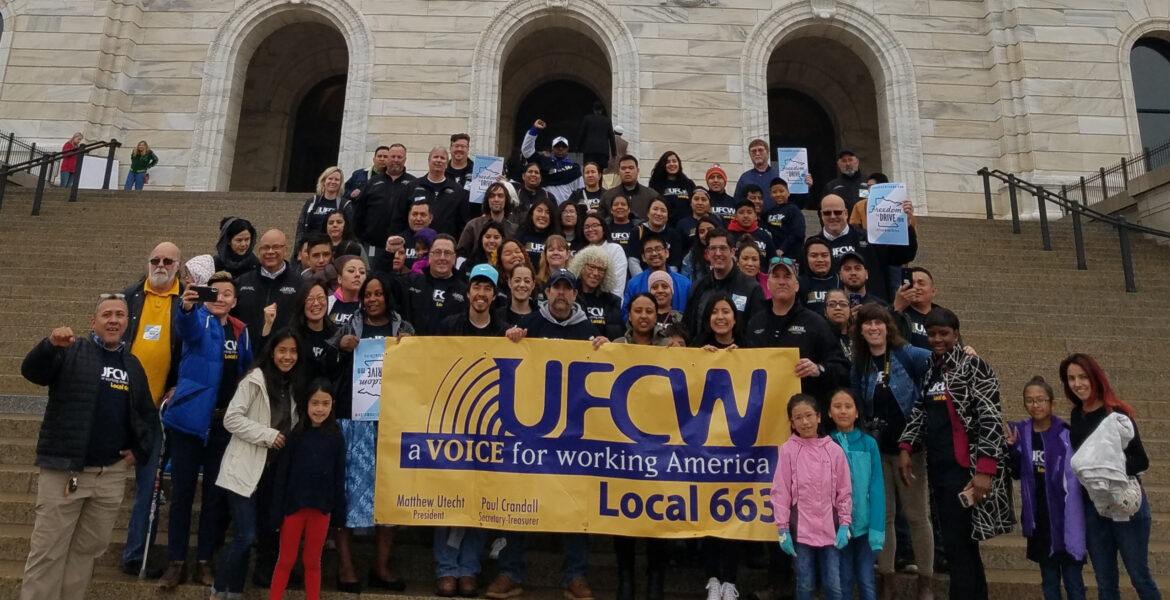 Exercise your Right to Vote

Early voting in Minnesota begins on Friday, January 17, 2020 for the Presidential Nomination Primary. Just like in our union, it is your right to exercise your right to vote. While we have not endorsed a candidate yet, I encourage you to vote early or on Tuesday, March 3, 2020.

The Minnesota Secretary of State’s website has many resources that gives you the ‘how to’s:

“We vote for our own sake. It’s a big thing. It’s important to have people in office who support what we want as workers. We do it for our families and our country,” said Local 663 member and union steward Mara Rincón Maloney.

What We Face As Workers

Like I’ve mentioned before in our newsletters and in person, while we as a union haven’t chosen a candidate we will put our might and muscle behind yet, when we do, it will be someone that our union believes will best represent the issues we face as workers.

I want to share what UFCW International President Perrone said at the October 2019 presidential forum that we attended in Iowa about 2020 presidential candidates and elections.

“As we’ve heard these candidates, they all have unique visions and ideas. There’s no doubt that they are sincere in their commitment to the future of this country. And whether you or any other UFCW member choose to vote for them or not, you should know that the UFCW is committed to providing all of our members the opportunity to hear from all of those people that are running for president. To hear how those candidates are going to address the challenges that you care about honestly, and how they’ll confront the issues that matter to you and millions of other hard-working men and women in this country. And that’s why we held these two forums. That’s why we invited these democratic candidates here.

And why, and this may surprise you, that we’re even open to inviting President Trump coming before our members answering the same type of questions, the tough ones, about the issues our members care about as well as to explain his policies, his procedures and his record. Now while he’s clearly preoccupied with a few other current events, it is the position of this union that everyone who seeks the highest office should answer to the American people, irrespective of whether or not that member or voter is Republican, Democrat, or Independent, because as I’ve said before or elected leaders are here to serve us, and we should never ever forget that. It should never be the other way around.”

We serve each other best when we know what’s going on around us. That includes knowing how decisions are made and get involved together. We have to keep pushing for better laws for workers–both in our contracts, and in our state and communities where we live–if we want to truly continue to succeed. We want to live in a place where our values hold up the belief where one good job should be enough. We got out the vote in 2018 and we’ll do it again. I’m proud of that. I’ll fight for a level playing field where workers have a fighting chance and aren’t constantly the victims of decisions made by the elite few.

We know that together with our union contracts, and by continuing to fight for workers’ rights, we raise industry standards. We deserve more, and we’ll keep fighting for more.
﻿

Members, I’ll continue to listen and talk with you about your ideas and how we can engage for the future to make our lives better, through contract language ideas and politically. I encourage you and challenge you to become involved and work together to make things better for our union family.

A Message of Safety and Hope