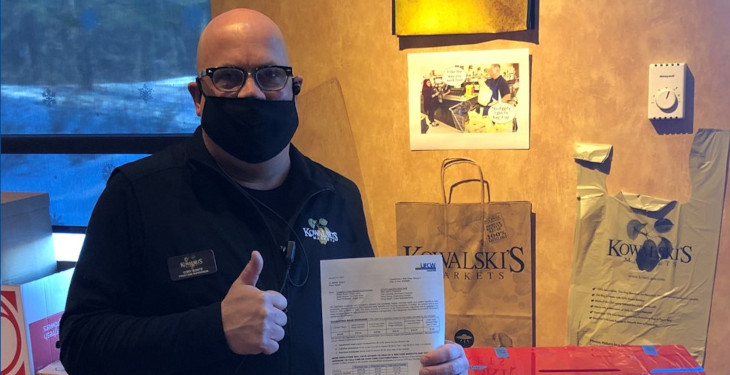 Negotiations began in January and ran through mid-March, with members voting on their respective contracts as they were completed and recommended by their union bargaining committee members who negotiated with their employers.

This year’s negotiations largely took place in person, masked and at a social distance in large conference rooms due to the ongoing COVID-19 pandemic.

“I am proud of what our union members achieved for their coworkers at the bargaining table. When faced with adversity, our union shows true grit and determination. The union contracts that workers voted on and accepted elevate not only our union members’ wages, benefits and workplace protections, they raise the entire grocery industry in the Twin Cities.

Day after day, brave grocery store workers throughout Minnesota continue to work through these incredibly challenging times. Our union has a place for anyone that wants to build a better life by reaching together for higher wages, benefits and more workplace protections.”

News
May 7, 2020May 7, 2020
693
7 de Mayo del 2020 Querido miembro, Nuestros miembros de JBS en Worthington volvieron a trabajar ayer. Aquí está Jony Mamo, un miembro desde...
Events Member Stories News
May 4, 2021May 4, 2021
1031
Utecht’s bold leadership will continue to build better lives for union workers throughout the Midwest BROOKLYN CENTER–Matthew Utecht, President of United Food & Commercial...
Benefits Contracts Events Member Stories News
December 3, 2021December 3, 2021
256
I want to start off by offering my sincerest thank you. Thank you for the important work that you do. You are put to...
Benefits
August 10, 2020August 10, 2020
764
Gastroparesis is a disease in which the stomach cannot empty itself of food normally. This can cause bloating, heartburn, vomiting, nausea and overall discomfort...