We are United Food and Commercial Workers Local 663. We are a union of more than 17,000 hard-working retail, meat packing and processing, food preparation and manufacturing, healthcare, and other workers in Minnesota and Iowa. We strive to improve the lives of our members and of all working families by fighting for economic, political, and social justice in our workplaces and communities. Local 663 is part of the 1.3 million-member United Food and Commercial Workers International Union. 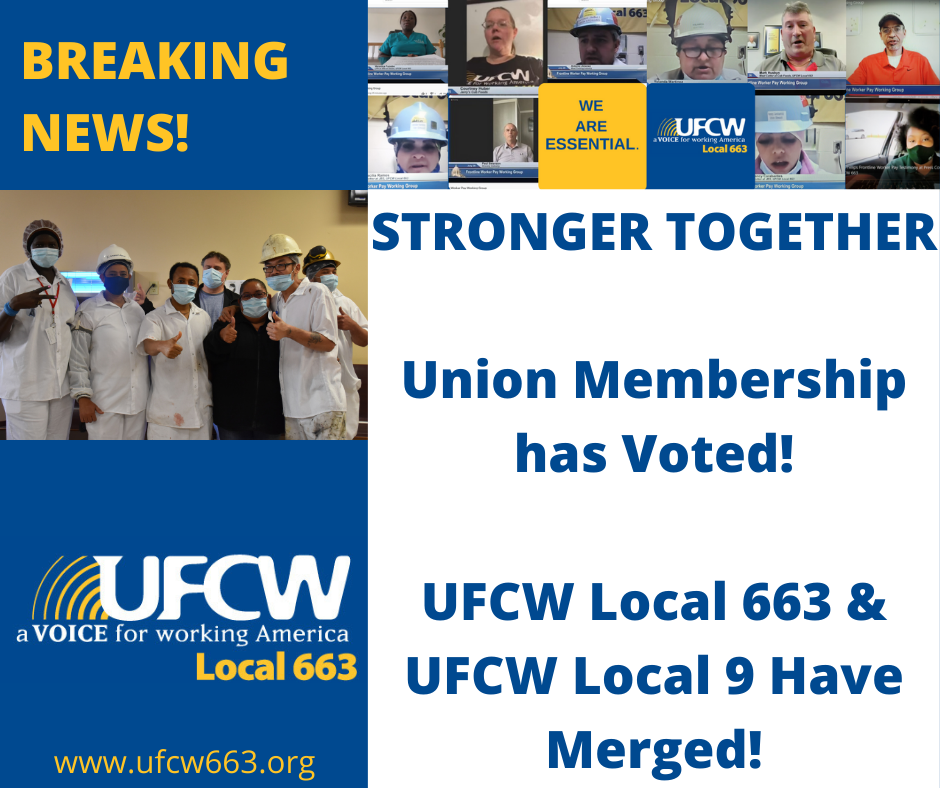 United Food and Commercial Workers Local 663 has its beginnings in 1936. A charter was issued in 1936 by the Amalgamated Meat Cutters and Butchers Workman of North America whose international union was in Chicago to retail meat cutters.

In 1941 the grocery employees and food handlers became the first branch of 653, and became known as 653A. Both groups had separate Executive Boards but had the same constitution and Secretary Treasurer, who, in the beginning, was the principal officer for both groups. In 1941 Jerry Utecht became Secretary Treasurer, and there were 200 members in the local.

In 2018, we grew to over 13, 200 members strong and united with the merger of Local 1161 and 653. We continue to grow and stand together to build better lives for our families and communities.

In 2021, we grew to over 17, 000 members strong and untied with the merger of Local 663 and Local 9 out of Austin, MN. We are one of the largest private sectors unions in the state, and we are the largest UFCW Local in the five state area. Peace Coffee Workers Join Together for a Better Life

Workers seek union recognition for better pay, working conditions and a seat at the t… [+]

News and information regarding union members, present & past events, meetings and more!

Receive updates about upcoming events, meetings, and more straight to your email inbox.